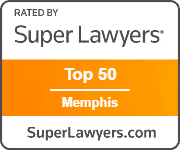 Attorney Corey B. Trotz was born and raised in Chattanooga, Tennessee. During his teenage and college years, he always had jobs to earn extra money, often working with his father, who was a building contractor. Mr. Trotz also worked at a pizza restaurant where he learned not only how to prepare food in a quick-paced environment, but he learned how to relate to people in general. It was also during these early years that Mr. Trotz learned hard work was one of the keys to success. He graduated high school from the McCallie School in Chattanooga, where he played varsity tennis and was on the wrestling team. After graduating from high school in 1981, Mr. Trotz went to the University of Florida where he majored in accounting. He assumed a leadership position when he was elected a governor in the School of Accounting, which allowed him to develop policy and social activities for the students.

After graduating from college, Mr. Trotz enrolled in the University of Memphis, Cecil C. Humphreys School of Law. While in law school, Mr. Trotz served in a leadership capacity as a Bar Governor, helping to plan activities for law students. It was during law school that Mr. Trotz served as a Law Clerk for two judges of the Circuit Court of Shelby County, Tennessee, the Honorable Wyeth Chandler and the Honorable Charles O. McPherson. This had a profound effect on Mr. Trotz, as he got to see firsthand the legal system from up close. During his tenure as Law Clerk, he helped the judges prepare for motion dockets and trials, writing briefs, synopses, and presenting recommendations of cases on a regular basis. Mr. Trotz saw how hard the attorneys worked for their respective clients on both sides, and he learned that preparation and dedication were other keys to success.

Before graduating from law school in 1990, Mr. Trotz met Alex Saharovich and Marcus Nahon, his future law partners. Based on their sharing of common interests in wanting to help people, Mr. Trotz joined the law firm of Nahon and Saharovich and began representing clients in a multitude of legal areas. For several years, Mr. Trotz spent nearly every day meeting with clients, investigating cases, attending court hearings, and litigating cases, thereby honing his skills as an attorney. Over the years, he has represented thousands of clients from every walk of life, which gives him much satisfaction. Mr. Trotz is licensed to practice law in both Tennessee and Arkansas, and today, Nahon, Saharovich & Trotz exclusively represents injured clients.

Mr. Trotz’s areas of practice include catastrophic automobile and trucking accident cases, personal injury, workers’ compensation, and products liability cases, to name a few. Mr. Trotz offers dedicated and compassionate legal advice. He prides himself on taking his time when talking to each individual client. He patiently listens to his clients, trying to better understand the case and injuries. Mr. Trotz and his team work hard to prepare each case as if it will go to trial. This involves investigating the case, talking to witnesses, hiring the necessary experts, researching legal issues, and more. It has been this formula that has allowed Mr. Trotz and the law firm of Nahon, Saharovich & Trotz to have successfully represented thousands of clients over the years.

Mr. Trotz has been a featured speaker at the University of Memphis, Cecil C. Humphreys School of Law and the Memphis Bar Association, and he regularly speaks about legal issues throughout the area. He authored the chapter “Important Pointers for Today’s Plaintiff’s Attorney in Presenting and Winning Cases,” which was published in 2011 by Thompson Reuters in the book Inside the Minds: Representing Plaintiffs in Personal Injury Cases. He is also a Fellow of the Memphis Bar Foundation. Mr. Trotz has been included as a Power Player by Inside Memphis Business Quarterly magazine, and he has previously been recognized as a Super Lawyer in the area of personal injury. Mr. Trotz is also a member of various legal organizations. Most recently, Mr. Trotz was named a finalist in the Memphis Business Journal’s annual Best of the Bar Awards, whereby he was recognized by his peers for his professional accolades and community service.

Mr. Trotz believes in giving back to the community, and he has served on numerous boards and charitable organizations. He has a passion for helping children, and he is a past president of the Exchange Club of Memphis, which seeks to end the cycle of child abuse. He is also a former board member of Bridges, an organization which brings together diverse youth from all backgrounds to transform them into confident and courageous leaders. Currently, he serves on the board of the Memphis Jewish Community Center and donates to a multitude of charities. In addition, Nahon, Saharovich & Trotz regularly contributes to various organizations, such as the Exceptional Foundation of West Tennessee, National Civil Rights Museum, Memphis Area Legal Services, St. Jude Children’s Research Hospital, and American Cancer Society, just to name a few.

Mr. Trotz is married to his wife, Mary, and they have two daughters. When not practicing law and serving on charitable boards, Mr. Trotz enjoys being with his family, playing tennis and golf, traveling, listening to music, going to concerts and sporting events, and exercising.

If you or a loved one needs a dedicated and hard-working attorney who will offer compassionate service, please call Mr. Trotz today. He is ready to evaluate your case to see if he can help you get the maximum compensation for your injuries and help protect your legal rights.